Auditioning for the Role of Wife or Girlfriend

This post was inspired by a recent article on Clutch called, "These Beauty Faux Pas Could Keep you from Getting Hired" (yes I am still reading the blog and I have become a lurker). This just reminds me of the idea that when you are interacting with men you meet, you are pretty much interviewing or auditioning for the role of wife or girlfriend. Being a wife or girlfriend is a job that has certain requirement and duties and not just anyone is qualified or good at this job. Men know what makes a woman "wife material" even if you disagree with them, think they are old fashioned, or think they are unfair. For example they probably want someone who is kind, understanding, not a nag, attractive, healthy, takes pride in their appearance, hygienic, a good cook, a good homemaker, faithful, nurturing to children, law abiding, not embarrassing to him or his family, similar values, etc.

Every time you meet a man (or someone who can set you up with a single man) you are auditioning for the role of girlfriend or wife. They will not postpone evaluation until you are ready and they will not only focus on your good points; they are evaluating everything about you. Women like to advise other women to "just be yourself" because that helps their friends to not feel anxious or worry that they will fail the interview. But how well could you possibly do on an interview if you don't have any of the job qualifications? You may fumble around trying to make your qualities sound appealing or you may state that you are a fast learner and you will learn the job. Maybe if you act really nice, show them some leg (or promise to show more), or shame them then they will give you a chance right?

But the fact remains that you knew the qualifications required for the job, you ignored the qualifications, you are pressuring them to hire someone they don't want, and there are plenty of other applicants who have the qualities they are looking for! If we relate this to dating, men find certain things attractive about women that make them look like "marriage material", some women do not have those qualities or refuse to make themselves attractive in those ways, they criticize and shame men about their preferences and demand acceptance of their undesirable qualities, and they expect to be considered just as attractive as women who have all the desired qualities! Do you see how ridiculous that is? You know that most men don't want serious relationships with promiscuous women yet you listen to feminists advocating that you embrace your "inner slut" (ARTICLE2). You know that most men prefer feminine, gentle, and kind women yet you dress and act like a man, compete with them in manly tasks, act like you hate them, and reject your femininity. You know that men want to feel needed and care for their families but you loudly proclaim "I don't need no man" and "my career comes before family". You say it is too much work to make yourself more attractive and men should accept you just the way you are but you are lazy, obnoxious, mean, argumentative, and you have let your looks go downhill. Yet you act surprised when they pass you by?

Pretending to be something you are not may not work because eventually your true colours will shine through and you may be unhappy. The key word here is pretending. That would mean you are just going through the motions to attract and keep a man but you plan on returning to your former behaviour at some point since you believe your former self was better. I'm not interested in pretending. I'm interested in learning and changing for the better because one believes her appearance and behaviour needs improvement, one knows she was not doing her best before, these improvements are meant to be permanent, and there is no desire or attachment for one's previous appearance or behaviour. With pretending the person feels like a fake, they are not who they are meant to be, they are ashamed of the person they have become, and there is no internal change in beliefs only caving to external pressure. In contrast, when one changes for the better they are proud of the new person they have become, regret that they had not always been so great, wonder why they did not have the same high standards in the past, and there is an internal change because one believes that normative feminine qualities are actually better. This person has seen her true potential, she is finally being her best self, and her former self was due to a lack of effort, opportunity, or self-knowledge. This blog is about changing because my knowledge and beliefs have changed not because I feel pressure to do something I don't even appreciate. I truly believe that being a feminine woman is better than the alternatives.

So if you want a particular job (i.e., man) but lack the qualifications what do you do? Well you can give up on the job just as many women have given up on getting a high quality man. Or you can go get some training so that you qualify of that job! You have to believe in your training though and think that it is making you a better person. When you get that job you make sure to use your new skills and show that the right woman was hired, and after a while the job will become easier and more automatic. When you get a man you need to keep up your appearance and behaviour and not let yourself go just because you have been chosen. After a while the new behaviours and keeping up your appearance will become easier and automatic too. You can be fired for poor performance on the job and you can be dumped for poor performance as a girlfriend or wife but some women just don't register these facts. And yes of course you can quit your job or dump your man if they do not meet your standards either, this isn't one sided. The men who approach you are also auditioning and you have certain qualifications you are looking for. Don't let men or anyone else tell you that you should accept an unqualified applicant because he will not be able to do the job of boyfriend or husband for you! Don't expect him to learn the job quickly or get more training along the way, just reject unqualified applicants because someone better will come along if you are an attractive employer offering a desirable benefits package ;) 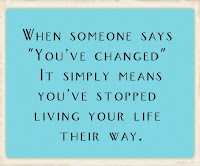 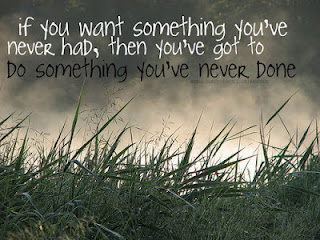 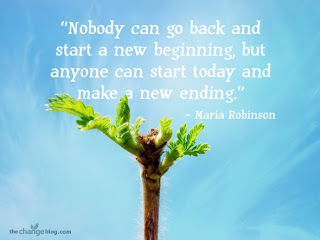 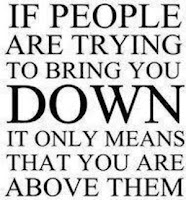 Be sure to check out my Tumblr site to see 1000s of beautiful images of Elegant Black Women that you won't find anywhere else. It will totally change the way you see Black women!
I am an Amazon Affiliate and I receive a small commission if you use product links on this site to make purchases on Amazon.

He’s Just Not That Into You

50 Things Every Young Lady Should Know: What to Do, What to Say, and How to Behave

Modern Manners: Tools to Take You to the Top

Polish Your Poise with Madame Chic: Lessons in Everyday Elegance

The Black Girl's Guide To Being Blissfully Feminine

Your Beauty Mark: The Ultimate Guide to Eccentric Glamour by Dita Von Tesse

The Science of Black Hair: A Comprehensive Guide to Textured Hair Care

This work is licensed under a Creative Commons Attribution-NonCommercial-NoDerivatives 4.0 International License.

No one has the right to use ANY content of this blog for malicious purposes to shame Black people EVER.
I am not a feminist because egalitarianism and humanitarianism sounds more inclusive to me. I choose those labels.